Many of the Halloween traditions in which Americans participate can trace their origins to the ancient Celtic festival known as Samhain. While carving pumpkins, trick-or-treating and wearing costumes are all relatively new activities, each resemble the traditions of the past. However, the Halloween of today is very different than Samhain. 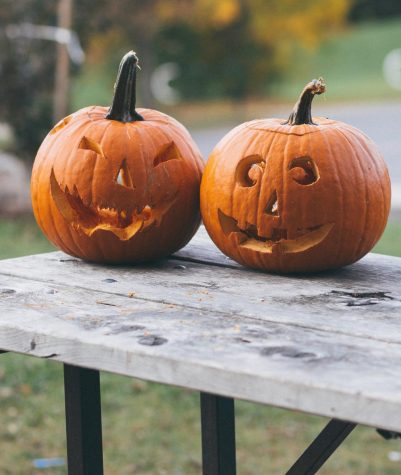 Photo by Bekir Dönmez on Unsplash

Samhain was a pagan festival celebrated in Ireland that marked the Celtic New Year long before the Roman Catholic Church appropriated the November 1 celebration All Saints’ Day, also known as All Hallows’ Day. The festival was closely associated with death and the passing of souls from the natural to the supernatural world. During Samhain, participants celebrated six principles and characteristics the ancient Irish correlated with death: generosity, breaking the rules, sacredness, playfulness, depersonalization and communion.

Celtic folklore suggests that during the time leading up to Samhain people believed that the spirits of the dead were permitted access to the natural world. Carved gourds or turnips with burning coal or candles inside were placed in front of houses to scare away these spirits. Many also wore costumes so that they could blend in with the spirits while venturing outside the safety of home.

The generosity principle of Samhain was most evident when poor children went door to door begging for food and treats offering up prayers for the dead in exchange. This tradition has morphed into modern day trick-or-treating.

Through wearing costumes during Samhain, adults combined the characteristics of playfulness and depersonalization, and often broke the social rules that otherwise governed behavior. While dancing around bonfires, celebrants frequently ate and drank to excess, and engaged in lewd acts that were otherwise discouraged or even forbidden. 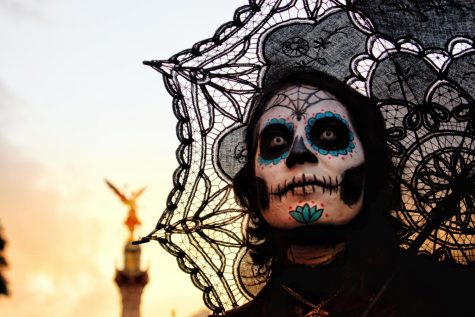 Photo by Salvador Altamirano on Unsplash

Not everyone participated in debauchery or begged for food during Samhain. Some engaged in the communal mourning of lost loved ones and performed sacred traditions of decorating gravestones while offering gifts to their souls.

The traditions of the past are still celebrated around the world during the end of October and early November. In many Latin American countries, some celebrate El Día de los Muertos, crafting colorful alters honoring deceased loved ones and inviting neighbors over to eat pan de muerto before travelling to the cemetery. Others enjoy music and masks during Awuru Odo in parts of Africa, or gifting in temples during the 15-day Pchum Ben in Cambodia. Both festivals welcome the return of lost loved ones.

In America, Halloween owes a great debt to the traditions of these cultures.

If you want a picture to show with your comment, go get a gravatar.