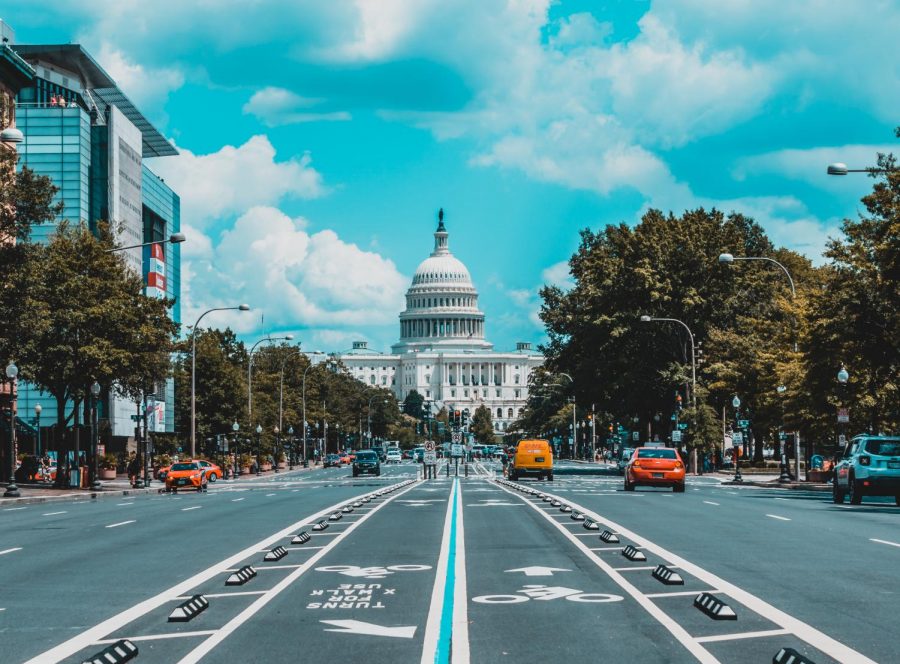 The United States flag was adorned with just 15 stars in 1801 when Maryland and Virginia donated the lands that would become the District of Columbia. Each star on the U.S. flag represents each state in the Union. As the nation—and its people—expanded westward, more stars were added to the flag.

These new stars, the last two added in 1959 for Alaska and Hawaii, were often the results of various political trade-offs, usually attempts to maintain a sense of political balance in Congress between North and South, or Democrats and Republicans.

The 700,000 District residents who have no representation in Congress are again pushing to be the 51st state and next star on the flag.

The fight for statehood is not a new idea and has had its advocates almost since the District’s founding. However, the passage of a statehood referendum in 2016, growing support in Congress, and recent support from Presidents Barack Obama and Bill Clinton have made what was once a pipe dream a potential reality. Many District residents have begun to vocalize their support for various groups pushing statehood legislation upon the renewed prospect of D.C. statehood.

Washington, D.C. Mayor Muriel Bowser, the most vocal District resident on this issue, is leading the fight. Mayor Bowser, working with Eleanor Holmes Norton, the District’s non-voting delegate to Congress, has endeavored to broaden the political coalition in Congress in favor of D.C. statehood.

There is dispute over whether federal legislation is sufficient to grant D.C. statehood or whether a constitutional amendment is required. This became a topic of contention at the U.S. House Committee on Oversight and Reform’s September 19 hearing on HR 51, “Washington D.C. Admission Act.” Stakeholders remain in disagreement.

Congressional Republicans, including Senate Majority Leader Mitch McConnell, see the prospect of D.C. statehood as political. “They plan to make the District of Columbia a state — that would give them two new Democratic senators — and Puerto Rico a state, that would give them two more new Democratic senators,” Sen. McConnell said in a recent TV interview. The Republican leader vowed to block any and all legislation related to D.C. statehood.

U.S. flags with 51 stars are already going up along Pennsylvania Ave outside the Wilson building in downtown D.C.  However, close by at 1600 Pennsylvania Ave, the flag that appears above the White House still has 50 stars on it. Many District residents, along with Mayor Bowser, will continue to fight for D.C. statehood.