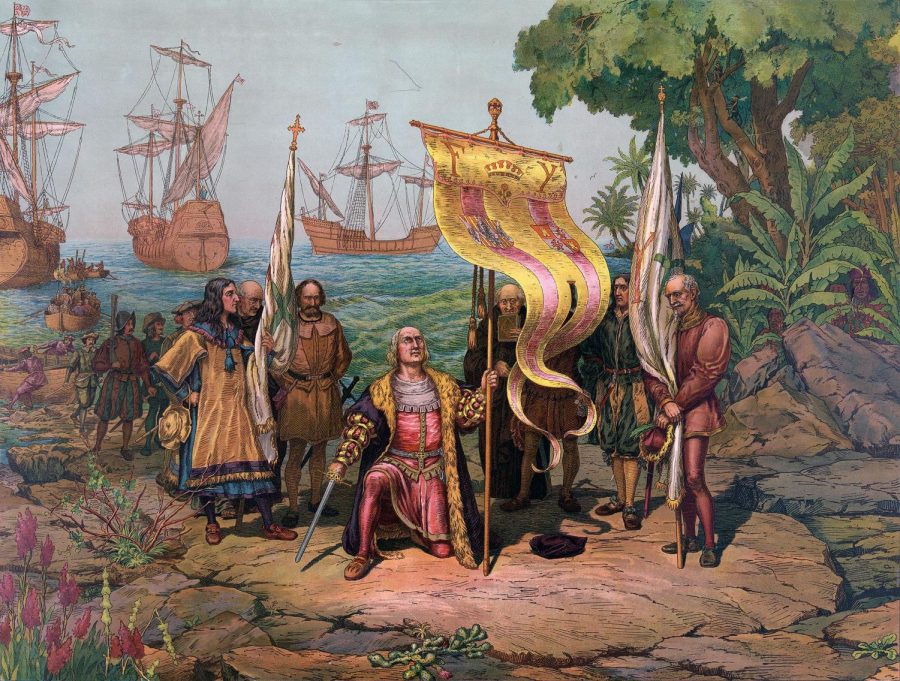 As governor of Hispaniola, the Caribbean island today divided between Haiti and the Dominican Republic—and the final destination of his first voyage—Christopher Columbus decreed that every native inhabitant of the island must bring him a quantity of gold every three months. Those who refused to do so would be killed. Those who failed to bring enough gold had their hands cut off and were left to bleed to death. Columbus’ men would sometimes behead exhausted, chained natives they used as carriers, rather than taking the trouble of unchaining them. In their journals, members of Columbus’ expeditions proudly recorded forcing native women into sex slavery.

For centuries, Christopher Columbus—the Italian explorer who established the first permanent European settlement in the Americas—represented the American frontier mindset, the man whose bold vision and inexhaustible drive facilitated the settlement of the New World, and ultimately the creation of the United States. Columbus is one of only two people to have a federal holiday named after him.

But over the past few years, the celebration of Columbus’ legacy has met rapidly increasing opposition, with universities, cities and states voting or decreeing that the name “Columbus Day” be replaced with “Indigenous Peoples’ Day.” A plan to do the same is advancing through the student government bodies at Montgomery College’s Takoma Park/Silver Spring campus.

The idea was taken up by Montgomery College’s Student Senate. Two unanimous votes have since been passed in its favor, one in the Student Senate and one in the Student Council. The motion to change the holiday’s name has been sent to the College Council, made up of staff and professors of Montgomery College. If it meets their approval it will advance to the college president, DeRionne Pollard, for the final decision.

Celebrating Columbus Day “negates everything that Montgomery College stands for,” Montgomery College Student Senate President Richelle Adu said, in an interview with The Excalibur. President Adu spoke of the importance of educating everyone on “what really happened” in history, and pushing back against a simplistic, whitewashed narrative that downplays or neglects to mention violence and dispossession perpetrated against native populations.

Though it seems likely that the motion will ultimately be successful, it is unclear whether there is time to complete the motion’s legislative journey by October 16, the 2019 date of Columbus Day.

Columbus Day, which occurs each year on the second Monday in October, became widely celebrated in several states during the first years of the 20th century. It was made a federal holiday in 1937 by President Franklin D. Roosevelt, who in 1940 praised “the courage and the faith and the vision of the Genoese navigator.” Native American rights groups have protested the holiday since at least the 1970s, and in 1992, Berkeley, California became the first city to replace “Columbus Day” with the name “Indigenous Peoples’ Day.”