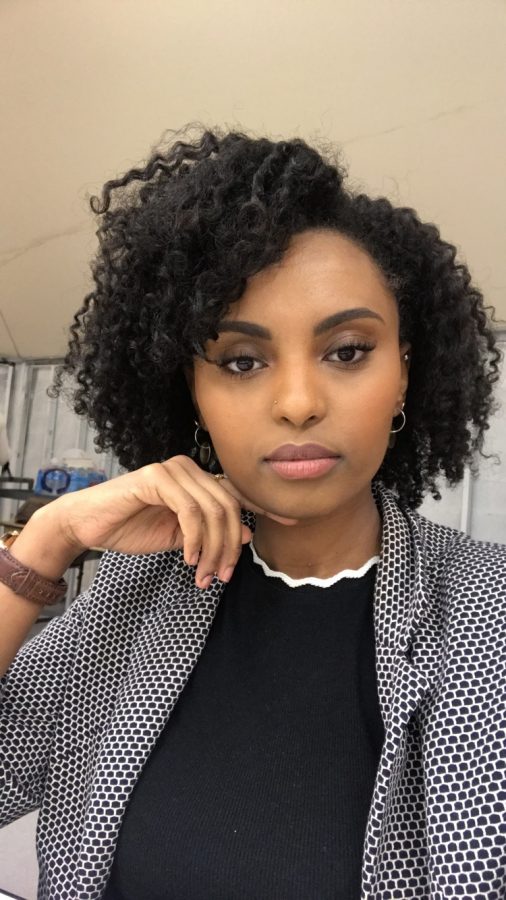 In May 2018, Sarah Haj Hamad became the first woman elected to serve as the Student Senate president at Montgomery College’s Takoma Park/Silver Spring campus. At the end of the 2018-2019 term, President Haj Hamad decided to step down, passing the torch to the new president, Richelle Adu.

Prior to her term ending earlier this year, President Haj Hamad sat down with The Excalibur to talk about her time in the Student Senate and her term as president. The following interview has been edited for clarity and brevity.

How did you become a student senator? What made you interested in becoming a member of the Student Senate?

My [Montgomery College] journey started about two years ago after I graduated high school. Montgomery College was not originally in my plans. After attending a club fair on campus, I met Nancy, an ex-senator, who was on the Elections Committee at the time. After seeing the student government, I was like, ‘oh this is something I would be interested in.’ I got the [application] packet and the deadline [to submit] was two weeks later. This became my way of making MC my home, so that was part of my coping mechanism. Being in the Student Senate meant I spent a lot of time in the Student Life office, and being in the Student Life office introduced me to all the opportunities that MC has to offer. I was exposed to different administrators and faculty members. It helped me realize the big role MC plays in the community and the role it plays in the life of students that are adamant about making the best of their experience.

So, advocacy is a key role?

Yes! A year after being elected I started my Community Service Committee. My whole concept was that since we expect our state senators to give back to our community, what am I doing in my role as a student senator in contributing to my community outside of Montgomery College? We collaborated with Shepherd’s Table [a non-profit, community-based organization that provides assistance to those in need] and created care packages for the homeless.

How did you become president?

I’ve always loved to lead. As a child I did Model UN and different activities. I’m fortunate to have mentors like Ms. Kimberly [Herrera]. The president from last year, Leo, helped me by allowing me to shadow him in his meetings. I feel like I was able to capitalize and utilize the opportunities around me and I just made the best of that. I ran for President uncontested. It was a great experience, I learned so much. It was a very stressful year and it was a lot to handle. I don’t think I was mentally prepared for that, but I’m proud of everything that we’ve accomplished as the Senate and I’m proud of myself and what I’ve accomplished as president as well.

How do you ensure every students’ needs are met?

I think we ensure that by constantly having conversations with the student body, from talking to friends in our classes to holding surveys. Understanding that at the end of the day we are students and that we want the same things.

Do you have an interest in government beyond Montgomery College?

I’m currently an International Relations major and I hope to get my law degree. I don’t know if I want to get involved with politics or if I want to take the [non-governmental] route. With a degree in International Relations and being very passionate about diplomacy and the United Nations (I joined a Model UN in 9th grade), diplomacy is more likely to be my route, organizing and advocating on behalf of people without being tied to a government. I’m thinking about human rights or international law. Holding war criminals accountable at the [International Criminal Court] is definitely something I’m considering. I would like to work with the international court of justice; that is a goal of mine. I want to play a role in creating world peace: decreasing poverty, providing stability in Ethiopia. Whatever role I can play in providing peace for the global community.

What do you think you bring to the table as a member of student government?

I think what I bring most is my unique experience. I’m of Ethiopian and Eritrean descent, I’m literally a Civil War baby. My parents come from two different countries that were at war for 20 years. I grew up in the Middle East in Kuwait. Nobody looked like me and nobody spoke like me. Religion was different, everything was different. All these different aspects and being able to see that I’m of Ethiopian-Eritrean descent while loving middle eastern culture helped my perspective. Going to an international school meant that I was always exposed to people from all over the place. I feel like that’s a unique experience that I can bring whether it’s to Montgomery College, student life, student government or anywhere else down the line. I’m able to interact with different people and be culturally sensitive to other people. I think that’s a big component of working in student government. As president I realized it wasn’t about the paperwork, it wasn’t so much the policy, it was about the people. People want you to listen to them, they want you to hear and relate to them.

What is the transition of power like, becoming a senator again after being president?

I think the transition will be interesting for me. I had to have a conversation with myself, if I’m ok sitting in a boardroom where I used to lead the meetings to being someone who can take the backseat and just sit down. I realize that’s part of being a leader, knowing when to be in the front and take the lead and knowing when to fall back and let other people shine and show their worth. I have full faith in the President-elect Richelle Adu. She shadowed me throughout the year in meetings and I told her early on the potential I saw in her. I’m very proud to pass the torch on.

What are you most proud of during your term as President?

The one thing that I’m proud of, I know it might seem corny, but it’s the work that the other student senators have done. This year the Senate has been extremely active, and I don’t take credit for anybody’s work. I just feel proud to have been a part of it.

President Haj Hamad completed her term as president and is currently serving as a senator at-large on the Student Senate. 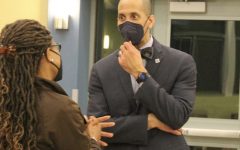 The library is relocating for renovations to “modernize the library” 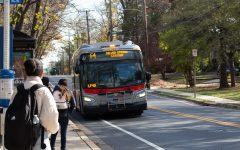 How do you get to school? MC students have to use the options available to them 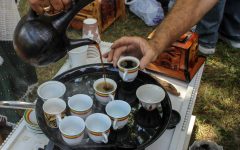 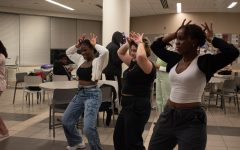 The library is relocating for renovations to “modernize the library”

How do you get to school? MC students have to use the options available to them