The fast-paced spin-off from the Sherlock Holmes franchise can stand on its own merits. 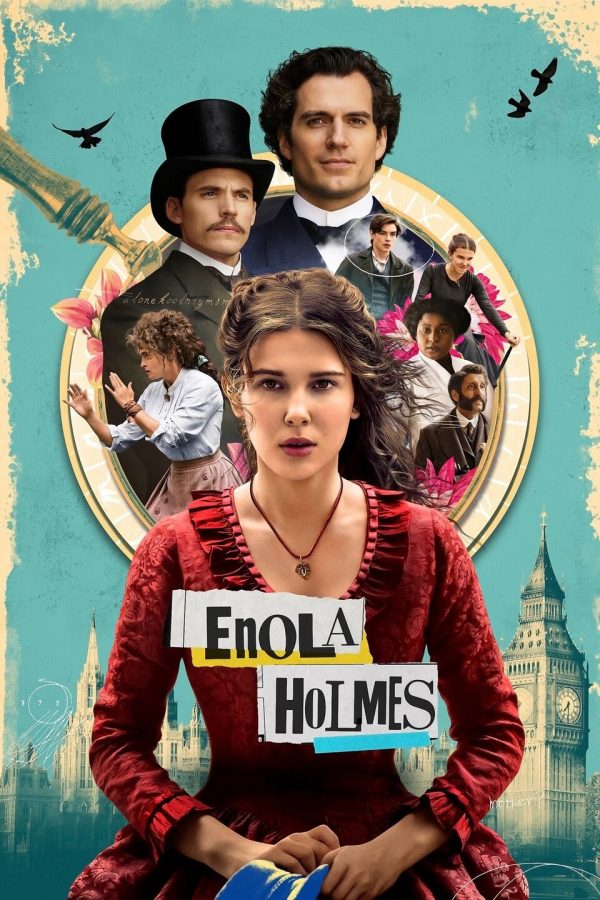 The final paragraph of this article contains spoilers about the plot of Enola Holmes.

“There are two paths you can take, Enola: yours, or the path others choose for you.” This powerful life lesson sums up the movie “Enola Holmes”.  Millie Bobby Brown stars as the title character in this thrilling movie which combines period drama from the late 19th century, mystery, comedy, and feminism, into one neat package.

Enola Holmes is a sixteen-year-old girl, who is the sister of Sherlock Holmes and is nothing like the poster woman of the time.  She was raised by a single mother, a widow, Eudoria Holmes, who was quite eccentric and never believed in the need for a man to take care of her. Her mother was fiercely independent and taught her daughter science, math, literature, and how to fight, among other things, rather than embroidery or the domestic tasks which females of the time were expected to know.

Enola grew up to be the female version of her brother Sherlock: ingenious, confident, and a fantastic detective.  The plot is exhilarating and extremely entertaining, as Enola learns important lessons about herself and about life on her mission to find her missing mother.  Meanwhile, her brothers are searching for her and the various methods she employs to stay one step ahead of them are incredibly amusing.

Yes: brothers, as in more than one.  Sherlock and Enola have one more brother, Mycroft Holmes. Unlike Sherlock and Enola, he’s not quite as detail-oriented.  He is also very traditional, has a negative opinion of their mother’s unorthodox ways, and once Enola becomes his ward with their mother gone, expects her to become a proper lady of society, despite her yearning for independence.

Along her journey and search for her mother, she meets Viscount Tewksbury, a rich young man of similar age who is also on the run from his family and their suffocating expectations.  Their friendship is compelling, endearing, and in my opinion, heading towards a romance.  Watch the movie and decide for yourself!

Enola’s relationship with Sherlock also goes through a lot of change. In the beginning, he doesn’t even recognize her because it has been so long since he has seen her.  However, as they spend more and more time together, Sherlock starts to care about her, which is especially surprising because of Sherlock’s reputation for being unemotional. He also comes to admire her abilities and see a bit of himself in her.

From the beginning, of both the movie and of Enola’s life as shown through flashback, emphasis is put on Enola’s name, specifically the fact that it is the word “Alone” backwards.  This highlights that Eudoria wanted Enola to become an independent, self-sufficient woman.  Word games like these combined with the mystery of the plot, the deep character development, and the inspirational and motivational tone of the entire movie, leads this movie to earn a solid 9/10 from me.  This movie is empowering, entertaining, well thought out and well executed.

As much as I loved the female empowerment and mystery of this movie, I did not like its ending. It is revealed that the mom left of her own will to be a part of the suffragette movement in a very dangerous and violent way.  However, I believe the mother had a duty to her daughter before anything else.  Despite this, she abandoned Enola in a society which she knows is unjust to women. Her daughter is not even 17 years old and her mother has expected her to build a life of her own.  The only other option was to go to Mycroft and become the proper lady of society which he desired but her mother always raised her to not be. Eudoria loved Enola a lot, but was willing to leave her to join a cause to which she gave priority.  I believe the movie writers intended to display that decision as admirable, and to an extent it is. While it does bring up the praiseworthy theme of standing up for what you believe and being willing to leave what you love to achieve those necessary goals, I do believe the mother could have participated in the safer part of the suffragette movement and still fulfilled her duties as a mother.  However, overall, I did enjoy this movie and would definitely recommend it!