A treaty proposing a ban on all nuclear weapons has received a majority of votes at the UN. Frank Fitzgeralde argues that it is an important step to ensuring the future for life on Earth 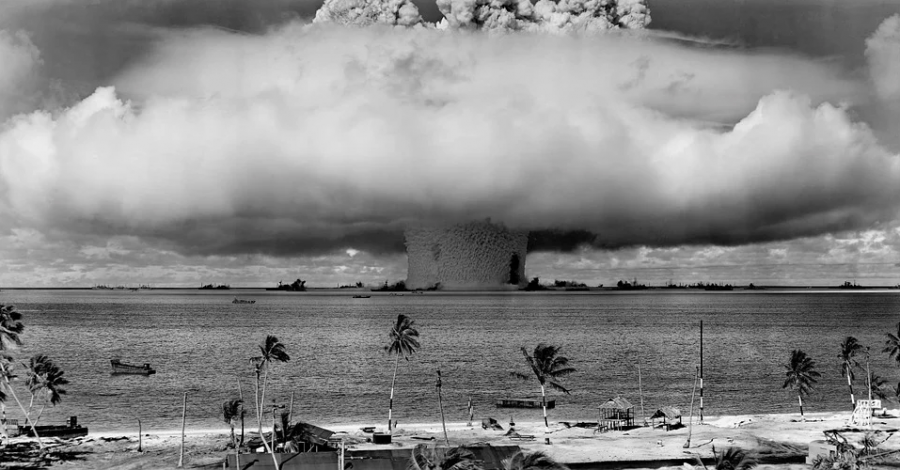 A photograph from the detonation of a nuclear bomb in the Pacific Ocean in 1946.

On October 25th, the United Nations passed a treaty that aims to ban Nuclear Weapons. If they succeed to enforce that new law starting on January 22nd, 2021, it will be a game changer for the leading countries around the world.

One of those devices has the possibility to destroy cities the size of Washington DC. Online simulations like the one by Alex Wellerstein’s  show the damage that already tested Weapons of Mass Destruction (WMDs) would do to famous cities around the world, but keep in mind that those bombs are mostly outdated.

With that in mind, some may ask why having those kinds of weapons roaming around the planet? The answer is simple: power. A country that is feared because of its destructive power is placed higher in the hierarchy. That is why the United Nations in 1970 created the Treaty on the Non-Proliferation of Nuclear Weapons (NNPT) which aims to promote the peaceful use of the nuclear energy which would lead to nuclear disarmament. And yes, you guessed it, that time has arrived.

In July 2017, just like with the NNPT, this new treaty was opened for signatures by the UN to see if countries were interested in the process. And as of November 2020, 122 countries out of the 196 have signed the treaty in agreement to the nuclear weapon ban. The existence of those weapons alone is jeopardizing the future of the planet. If it is the better option for mankind and all lives of planet Earth, why are so many countries against it? Only one country has openly opposed the treaty (Netherlands) with many others still considering: Albania, Australia, Bulgaria, Canada, China, France, Germany, India, Israel, Italy, Japan, Libya, United Kingdom, United States, Zambia and many more. However, the majority having voted against WMD the ban will come in effect by the end of January 2021.

It is obvious that the big superpowers like the US, Russia and China will not concede to the ban easily. This process might take longer than it should knowing that the first part of the plan took 50 years.

This is not only an important issue for the US, but for the rest of the world as well. The money that is used to develop those weapons could be used to improve the lives of many people around the world and more importantly, to improve the odds of our planet concerning issues like global warming and hunger. Even space exploration could see new innovations in the next few years with that treaty.