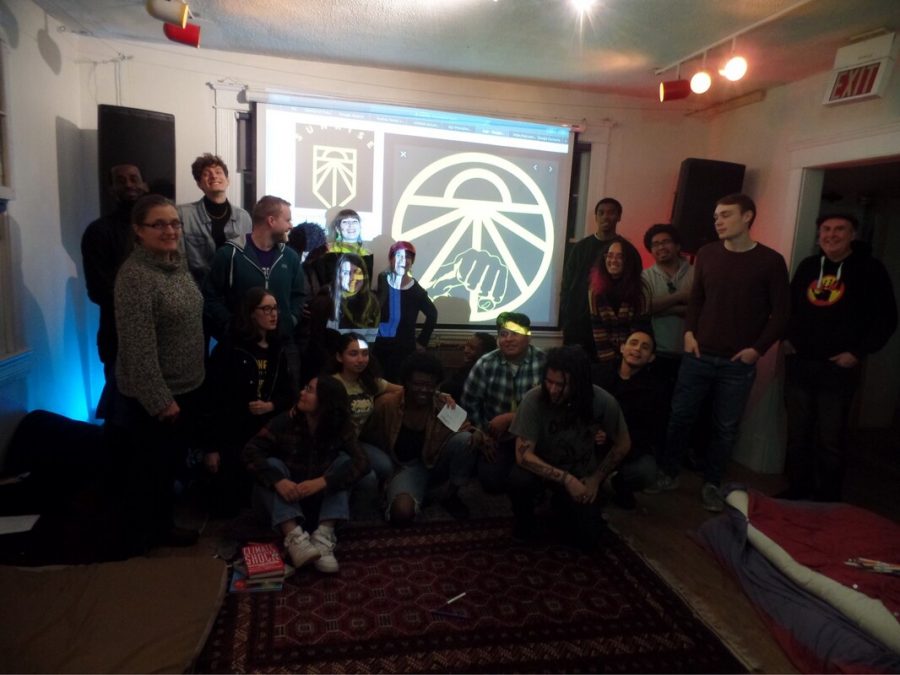 Until very recently, the phrase ‘environmental activism’ likely conjured images in many people’s minds of elderly, affluent volunteers encouraging people to recycle or stop littering. However, over the past few years, youth-led activism to do with climate and the environment has exploded in popularity and visibility. Thanks to an increasing public consciousness of the scientific consensus on the extremely dire global consequences of continuing to rely on fossil fuels, the young—who will have to live many decades with the consequences of a changing climate—are taking the lead in advocating for the fastest-possible transition to renewable energy.

Perhaps the largest and most vocal group is the Sunrise Movement. A youth-led coalition based upon campaigning for the Green New Deal, a set of environmental and industrial laws aiming to decarbonize the U.S. economy in the next decade, Sunrise groups have sprung up all over the country.

Julia Smith, a former Montgomery College student, hosted her own Sunrise Movement “strike circle” meeting in Takoma Park last month. At an event attended by around thirty attendees, most college-age or younger, she laid out the urgent case for climate action, and encouraged everyone to sign up to volunteer, strike, or organize toward making the Green New Deal a reality. The week after the event, The Excalibur spoke to Julia about what inspired her actions, what she is fighting for, and what people can do themselves to make a difference.

What in your background informed your care for the environment?

I had something of a rough childhood, but I was always somehow joyful. I always loved everyone and everything, and I was able to find a hiding spot where I felt safe and like me, and comfortable to be whoever I am and do whatever I wanted, and that was in nature. From a young age I’ve always had the sensation that I’m here on Earth to help protect the people and the creatures. When I was young, I was mostly focused on the creatures, but now, it’s both.

So as a young person you found solace and comfort and joy in nature.

Yeah. And now I live right down the street from Montgomery College, and I grew up in Takoma Park, which is a liberal area. I went to Blair High School, which I think is a very socially active school. And then I didn’t really know where I fit in, because I really liked the environment but I was also passionate about art, so I felt split between the two, and they’re also different environments of people.

Was there a single moment when you realized how serious the environmental problems we’re facing are?

Not really, it was more of a gradual thing. I always felt like we need to help. I know there’s a problem, but as of recently I feel like we might be at a turning point in history. It feels like the process of revolution that everybody’s been fighting for, for a hundred years. I feel like the climate crisis at this moment, or around this moment, will be written down in history. I think I’ve heard it in a Sunrise video, that we’re at a crossroads, where we have two paths we can go down, and it’s important to be positive and have the will to try to get to a beautiful future with room for nature, as opposed to a dark, gloomy future.

So it’s not solely about saving the environment, it’s also extremely closely linked to the way people live and justice for everyone. To you, the two are very closely intertwined.

Definitely. And I feel that, even if we get the Green New Deal in place, there’s of course going to be a lot of work to do. It’s not going to stop there. In fact hopefully there’ll be many future generations of people who are conscious of the environment, because also it’s about building a relationship with nature.

The Green New Deal is a series of laws and bills that acknowledge that we need to switch to renewable energy and go carbon-neutral within 12 years from now. It also says that we need to transition in a just and fair way, that prioritizes people of color, people with disabilities, and the working class. The original New Deal by Franklin Delano Roosevelt ended up doing a lot of great things, but a lot of those laws didn’t really have minorities in mind. And this is trying to make the switch in a just way. I think it’s kind of like recreating society a little bit. Like a new vision. And it’s a very pretty one.

What was your path to becoming active with the Sunrise Movement?

Well, somehow I got signed up for Sunrise emails, so my first action was reading an email and deciding to go to a meeting. It was in DC. At that time I felt kind of intimidated, because I obviously cared about the issue, but I wasn’t as knowledgeable about all the political details. So I didn’t really go back, because it felt inaccessible to me. But then Sunrise Silver Spring opened, which started with students from Blair High School, and so they’re down the street from me. So that was a life-changer actually, because even though it was just a few months ago, it made it more accessible, it means that I can be a part of it.

And I also took two years of leadership training at iLead. I knew when I was in there, one day I want to make a big group of people to communicate important issues through film and music, or something similar. So I had that basic idea in my head. And little did I know, it just kinda trained me for stepping up a little bit more with Sunrise. Being able to help grow their big group.

What advice would you give people who are concerned for the future? They may have heard a bit about it, they’re afraid, but they don’t know how to make an impact?

I would say get involved with the Sunrise Movement. It’s an easy, direct way to have an impact, because otherwise people say, “I care about the issue,” but if you’re not part of a bigger movement, people are not going to be able to make a big difference. It really helped for me that I knew there was a place I could go to, that was down the street, where I could talk to other people. It’s as simple as getting people together in a room. I would say, get the information for a Sunrise hub, if they’re in your area, and they offer a lot of help about creating your own group to advocate for the Green New Deal, or joining an existing one. And it is a step of courage or bravery just to go into a room where you don’t know a bunch of people, and try to talk about something you don’t know much about.

I’ll ask as a final question: Do you feel optimistic about the future?

Hell yeah I’m optimistic. I feel like I can dedicate my life to this. Hopefully.