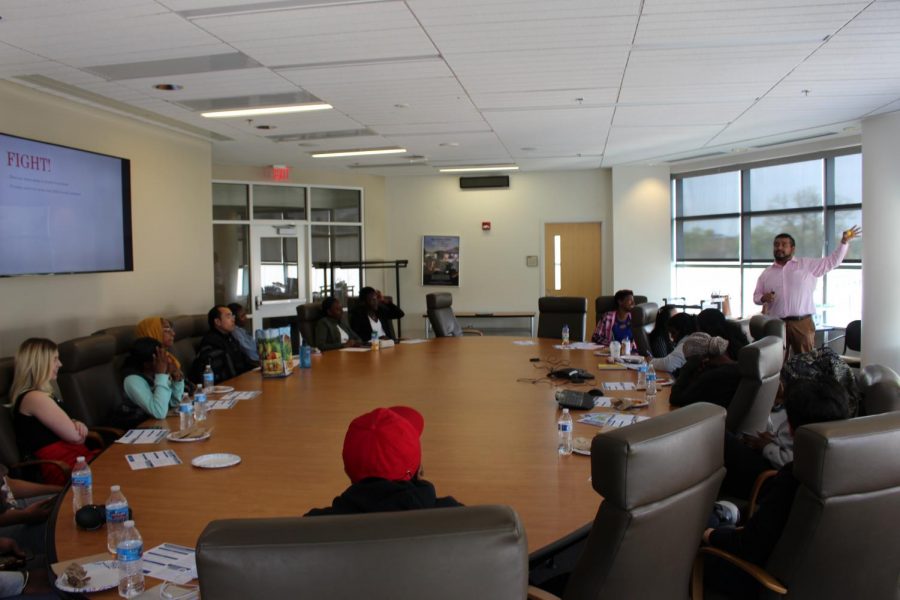 If there was an active shooter drill on campus, what would you and your classmates do? First instinct is to go to the side of the classroom and hide. Usually, the professor would hush the students until the drill is over. What if I told you that in a real active shooting scenario, this behavior means the shooter has easier access and an increased 50% accuracy since his targets are not moving? 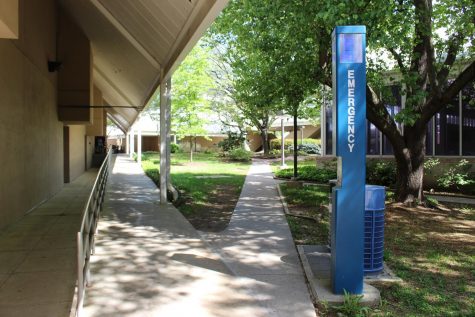 Before Sanchez got into the meaning of the three words, he gave students a little history lesson on school shootings. The four school shootings in his presentation were Columbine High (1999), Virginia Tech (2007), Sandy Hook Elementary (2012), and Stoneman Douglas High (2017).

According to statistics, 97% of times these types of incidents occur, there is only one assailant. With the one or two assailants, the shooting ranges from 5-10 minutes. Sanchez continued to go in depth with the 2007 Virginia Tech shooting and how this major tragedy has affected school safety to this day.

In public schools, a lockdown usually involves students huddling to one side of the classroom while teachers turn off the lights and wait for the signal approval to resume class again. However, Sanchez proved through the plan of attack in the VT shooting that hiding in a classroom doesn’t help. He then went over the “Run, Hide, Fight” method.

Run: the first step. In an active shooter situation, the most important thing is to get as far away from the gunman and campus as possible. So, if you hear about a gunman on campus through MC alert, utilize your escape plan. Know your closest exits from your classrooms. As humans, we tend to go closer to unfamiliar sounds and pinpoint the location of the sound. This is the opposite of what should be done in an active shooter situation. Run if you can!
Hide: This step is something students have been taught to do ever since we were elementary school and is the one with which they are most familiar. However, do not hide in groups or huddled together, because this allows gunmen to have a more accessible hit range.
Fight: This final step confused some of the students. It does not necessarily mean fighting an armed gunman with “super strength,” but distracting the gunman’s concentration. Shooting a gun, especially heavy artillery kinds favored in mass shootings, requires a lot of concentration. Make some noise, throw backpacks, textbooks, scream; if it has come to your option of “fight,” make sure the fight is worth it.

Mr. Sanchez emphasized to students that there are more options than just hiding. Surrender doesn’t have to be easily given up to the mercy of a gunman. You can always run from the situation or fight the situation, instead constantly hiding from it. As the posters of “Run, Hide, and Fight” are up near your classrooms, think about your actions for survival for a school shooting. 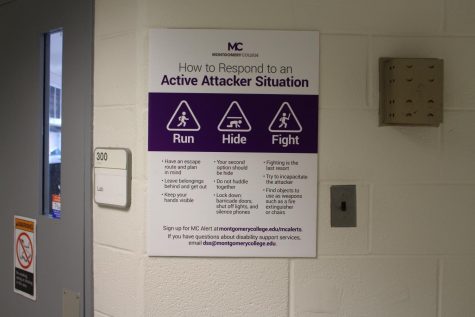 If there is suspicious activity observed on campus, please reach out to security. Do not try to confront the individual yourself. If you hear loud noises or threats made on campus, notify authorities. According to the MC website, in case of a life-threating emergency call 911, then notify the Office of Public Safety. If there is any question pertaining the drill or the “Run, Hide, Fight” method, contact Mr. Carlo Sanchez.

A special thanks goes to Mr. Sanchez, Ms. Williamson, and Student Senate for organizing an informative training that changed the way students think in case of a school shooting.